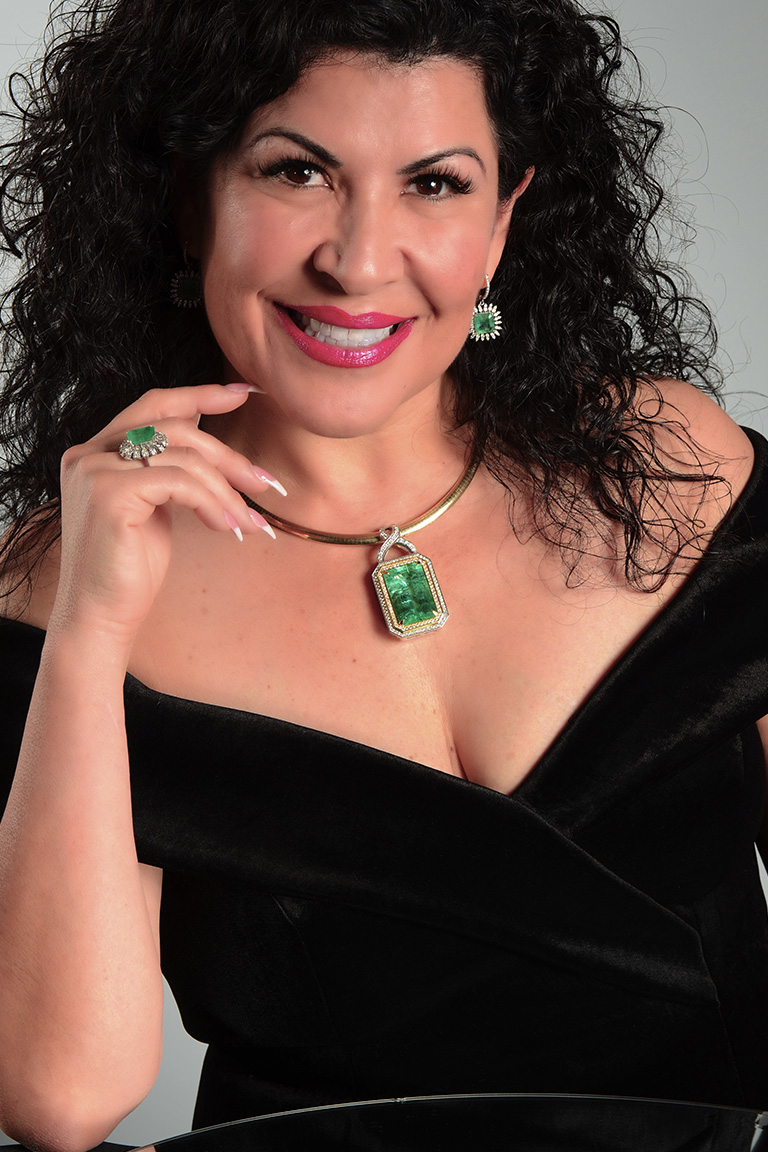 Since escaping the poverty of her youth in Jalisco, Tapalpa, Mexico, MarthaLlamas has proven to be a shining example of what it means for a strong, immigrant woman to create her own destiny and achieve the American dream.

To say that Martha came from humble beginnings would be a tremendous understatement. Her childhood home had only dirt floors, was absent any plumbing, and was subjected to the harsh elements. Her brothers and sisters were well-loved by their protective mother, who dreamed of escaping an abusive relationship with their father. She longed to create a new life North of the border in the United States. Circumstances challenged their journey with hardships, but her mother, brothers, and sisters remained strong and were eventually able to create productive lives of their own as they grew into adulthood.

While some of her family remained in Mexico, Martha and her mother did arrive in the U.S. and took whatever jobs they could to make ends meet. “I’ll never forget the first home we were able to move into. There was soft carpet on the floor and bathrooms with hot and cold running water. I thought I was in heaven, “says Llamas.

Martha met a man who was to become the father of her two sons, but he soon turned violent. “One day, he pulled out a gun and shot me,” she continues. “All I knew was that I needed to take my two boys and get to someplace safe where he could not find us.”

The details of her story are shared in this short video.

Llamas moved to South Phoenix and began working as a janitor for a small cleaning company. Within a few years, she was able to purchase her own cleaning franchise. It has since grown it into an award-winning company with over 70 employees. Martha and her husband Ron have consistently held Jani-King’s highest revenue position since 2006, making this one of the greatest success stories in that parent company’s history.

Whether she is at home with her family, running her award-winning business, giving back to the less fortunate, or sitting at the table with the President of the United States as a representative of the Hispanic business community, her character and passion for helping others always takes center stage.

Martha is frequently asked to speak with reporters and dignitaries who are cultivating their political relationships with the Hispanic business community. She has been interviewed by correspondents of some of the leading publications in the United States, Mexico, and Europe. Her continuing story has been seen on FOX News, Reuters, Yahoo Finance, Market Watch, El Diario Nueva York, the largest and the oldest Spanish-language daily in the United States, PBS NewsHour, and hundreds of the country’s most respected news organizations with millions of subscribers.

There are those who define “Americanism” as a set of patriotic values aimed at creating a collective American identity. It is “an articulation of the nation’s rightful place in the world, a set of traditions, a political language, and a cultural style imbued with political meaning.” It is also the creed that Martha holds and acts on each day in celebration of her accomplishments and her continued appreciation for what the United States offers to those willing to work hard and achieve the American dream.

Click here to ask questions or request an interview, and Martha’s team will respond to your inquiry.